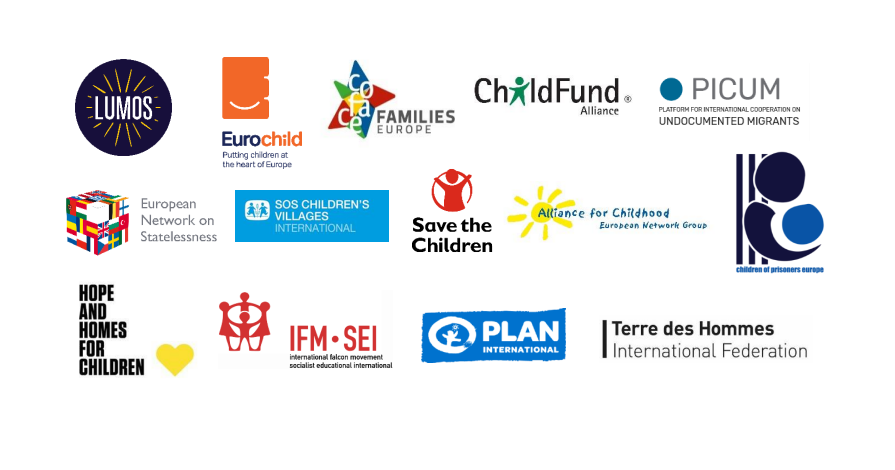 On the first anniversary of the EU Strategy on the Rights of the Child, effective implementation is needed more than ever

24 March 2022  –The EU’s adoption of the Strategy on the Rights of the Child, on 24 March 2021 was celebrated as an indispensable milestone for Europe by “putting children and their best interests at the heart of EU policies, through its internal and external actions.” In its reaction to the launch of the Strategy, a group of 24 organisations working on children’s rights emphasised that the success of this Strategy depends on effective implementation and resources. This requires effort and commitment both from the European Commission and from the Member States.

One year on, significant questions about the effective implementation of the Strategy remain, for example concerning the external dimension of the Strategy, and how the planned actions will effectively target all children. At the same time, the invasion of Ukraine has brought to light the necessity for the EU  to take greater action for implementing the Strategy to ensure the protection and adequate care of children fleeing the conflict and those still in Ukraine.

Up to six million children trapped inside Ukraine are in imminent danger as an increasing number of hospitals and schools come under attack. Children are dying, maimed, displaced, separated from their caregivers, and lack access to basic services, assistance, and protection. The respect for international humanitarian law must be at the top of the EU’s agenda, ensuring that civilians and civilian objects, especially schools and hospitals, are protected from attack.

Around 6.48 million people including children are estimated to have been internally displaced in Ukraine since Russia’s military offensive. More than 1.5 million children have already fled Ukraine, and that number will increase. As a result, many children are going missing along Ukraine’s borders. Massive displacement and refugee flows and separation from family and caregivers can make children extremely vulnerable to trafficking and exploitation, leading to a huge child protection crisis. As stated in the Strategy on the Rights of the Child, the situation of girls in humanitarian crises is particularly difficult as they continue to be disproportionately victims of discrimination based on gender norms and gender-based violence, including child, early and forced marriages and sexual exploitation.

The countries receiving persons fleeing Ukraine (Ukrainians and non-Ukrainians) are making momentous efforts to accommodate those seeking safety. Unfortunately, as it is often the case in both conflicts and peace, children are not getting the attention and support needed.

On March 4, the EU has activated the Temporary Protection Directive (TPD) by adopting an implementing decision, allowing many who are fleeing the conflict to travel visa-free to the EU and granting them access to the labour market, education, housing, and health care. However, non-Ukrainians, including children, living in the country risk not to be covered by this Directive, notably if they are undocumented or stateless or cannot prove that they were living in Ukraine prior to the war.

Children in this conflict are especially vulnerable, but the Directive and Implementing Decision fails to reflect a key dimension of the Strategy on the Rights of the Child: that children and their best interest should be at the heart of EU policies.

The undersigned organisations recommend that the EU and its Member States apply the Strategy as a guideline when responding to the crisis in Ukraine. Emphasis must be put on child protection to protect children from violence, sexual exploitation, trafficking and children going missing in the turbulent circumstances they are facing, and providing mental health and psychosocial support. This includes all children, especially those with multiple vulnerabilities e.g. girls, children with disabilities, children deprived of parental care (especially those living in institutions), unaccompanied and separated children, ethnic minorities, stateless and homeless children, children with an insecure residence status, and children with a parent in detention. In addition, the EU must prevent children from becoming even more vulnerable, especially by becoming undocumented or stateless because of the crisis. Furthermore, the EU and its Member States must provide adequate support for caregivers and families to prevent further risk of separation. Moreover, there is an urgent need for a coordinated European-wide cross-border centralised information and monitoring system. An efficient and operational system accounting for children without parental care, including information necessary for the relevant child protection authorities, must be established without delay to ensure all children are protected. It is also critical to start developing medium to long-term plans to ensure access to quality care and integration in EU host countries.

The Strategy is based on existing human rights obligations, such as the Charter of Fundamental Rights of the EU, the United Nations Convention on the Rights of the Child, the Convention on the Rights of Persons with Disabilities and the International Humanitarian Law. It is unlikely the EU would have imagined that its commitment to the safety and well-being of children would have been challenged through a conflict on its doorstep.  As efforts are made to accommodate those fleeing the conflict in Ukraine, the implementation of the Strategy on the Rights of the Child becomes even more essential to ensure all children are protected, adequately cared for and empowered.