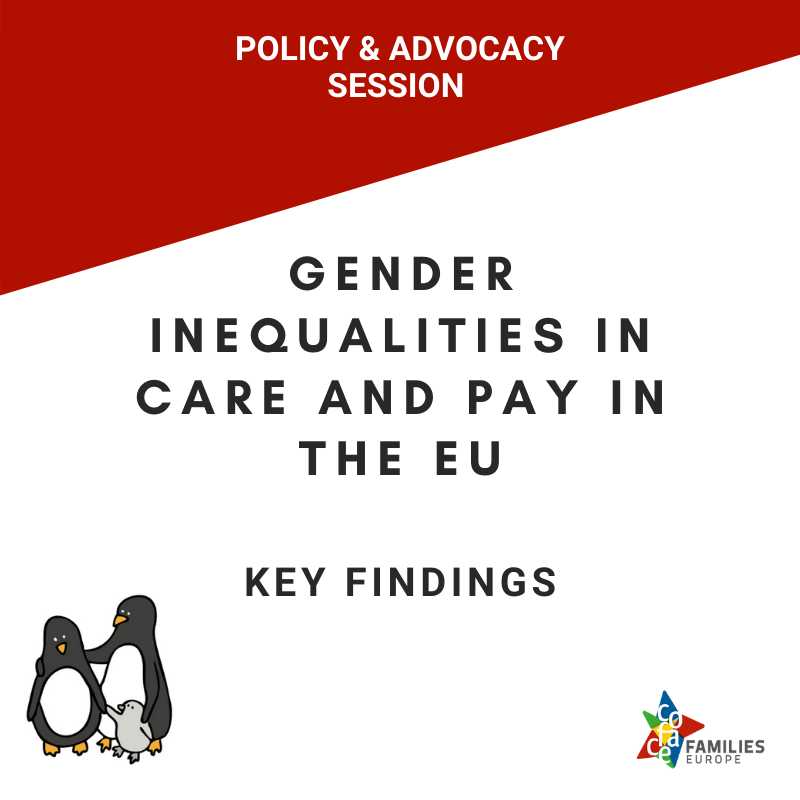 For International Women’s Day 2021, COFACE hosted a Policy and Advocacy session on gender inequalities in care and pay on 9th March. This came in a crucial moment of social developments within the EU. The Study Session immediately followed the International Women’s Day (8th March), came after a year of the adoption of the European Commission’s Gender Equality Strategy (GES), a few months after the EPSCO Council conclusions adopted under the German Presidency of the EU with guidelines aiming at closing the care gap and the European Parliament voted its own report on the GES, and finally in the middle of the transposition of the EU Work-life balance directive adopted in 2019.

Different reports have stated that during the pandemic of Covid-19 the gender care gap is on the increase, with women taking up a disproportionate share of additional household and caring tasks, despite the fact that many men have been teleworking as well. The study session therefore gathered different stakeholders (researchers, policy makers, civil society organisations, industry) to analyse how to tackle different gender gaps (care and pay), exchange good practices and challenges, and how to build bridges within the different stakeholders involved.

Our family of Emperor penguins accompanied us throughout this Study Session. The Emperor Penguin is a perfect example that nature provides us of gender equality and co-responsibility. The Emperor Penguin tackles too the stereotypical vision of “traditional” and old-fashioned distributions of roles, where women are caregivers and men are the breadwinners, just as COFACE Families Europe has always been promoting.

Overarching messages from the study session: 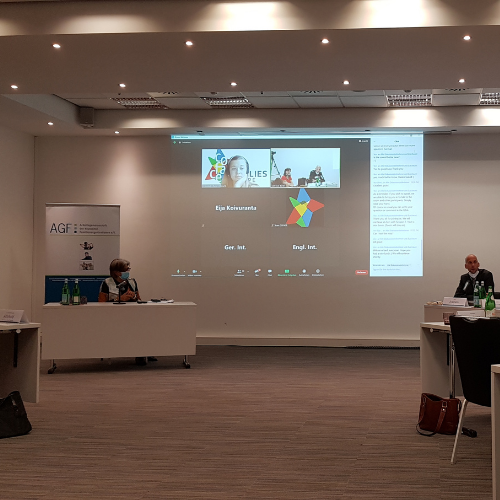 **See full meeting report in English and German ** COFACE Families Europe advocates for all types of families, without discrimination, based on values of gender...

For International Women’s Day 2021, COFACE hosted a Policy and Advocacy session on gender inequalities in care and pay on 9th March.

This expert meeting put the spotlight on single parent families and large families as a starting point for discussions with counterpart organisations from other EU countries.